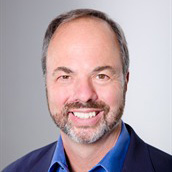 This week, we saw the fairly astounding news that mobile minutes are doubling the amount of time Americans are spending online, with smartphone and tablet usage the great multipliers. Amazon reports that its Kindle owners buy four times more books than those who buy only print. Online video watching has increased at least 600 percent over the past five years — averaging more than 200 videos, totaling over 22 hours, per month.

We can see this shift in our own lives and in the lives of media customers. So it shouldn’t be surprising that the emerging media and publishing business model can be summed up simply, if maybe inelegantly: Sell more stuff.

It’s the common thread between all the new business models — B2B editorial products, niched digital products, growing ebook production, digital marketing services, events marketing, content marketing investment, and e-commerce services — sweeping across media around the globe, with the U.S. the epicenter of change. But as obvious as it might seem, it’s a powerful notion: Those in the newsrooms and editorial staffs and those on the sales side have a future. Growth is possible. As important as the promise of revenue growth is the sense of being essential. The deep decline in revenue over the last half decade has led to a deep decline in confidence: Do readers and merchants still need what we do? That loss in confidence has only added to the problem.

If journalists believe the digital age enables them to be more — not less — essential to readers, this revolution of selling more stuff could gain some legs. Companies always want to sell more of whatever they are peddling, but for today’s media companies, the mantra means selling new stuff, new products — ones that weren’t in their portfolios even a couple of years ago.

One reason for this change is what we’ve learned from the paywall revolution, with digital news access now restricted at more than 500 newspapers worldwide and many hundreds of magazine titles. It’s become clear that consumers are willing to open their wallets far wider for digital media and news products than anyone might have imagined three years ago. Paywalls have taught publishers that core reader pricing is fairly inelastic; significant double-digit price increases for newspapers and magazines haven’t driven away more than a few percent of readers. Knowing that, they’re aiming to see what else readers will pay for and multiplying their offerings for merchants.

This new strategy will be significantly fueled by developments at two of the U.S’s top papers, The New York Times and The Washington Post. From the Times, we’ll soon see a spate of new products, individually priced and targeted at niche audiences, as CEO Mark Thompson acts on his belief that Times readers can be sold new products along “an engagement curve.” From the Post, we’ll likely see the application of the kind of media marketing savvy that now produce more than half of new Post owner Jeff Bezos’ Amazon revenues.

For publishers, the business model has long had two dominant parts: sell advertising to businesses; sell newspapers or magazines to readers, either by subscription or as a single copy. Those two kinds of products remain dominant for now — but it’s remarkable what else is starting to be sold.

2014 looks like it will mark a turning point here, as a number of new news products hit the market — joining the ranks of growing ebook production, e-commerce services, events marketing, content marketing, and niched print and digital paid products already in the marketplace.

We have a handy pie chart that begins to show what’s happening. In the newly fashioned set of annual revenue charts put together by the Newspaper Association of America, we see how many more slices make up the newspaper revenue pie.

There’s no chart to visually describe the transition year that 2013 is becoming — yet.

That blue swath — print advertising — we see has only taken a greater hit in 2013, down again in high single digits this year. The yellow — reader revenue, as we now call it — will grow some more this year due to paywalls. It’s the red (niche) and the green (“new revenue”) that are seeing the action.

All of these are experiments. As such, relatively few will be big winners, and that’s not how they should be judged. What the industry is looking for is a few big winners, ideas that can be turned into products that can scale up to new large revenues. That’s what the metered paywall has done, for instance.

Let’s also note the growing number of these experiments, as well as their geographic diversity. These tests demand staying power, learning on the fly, and adaptation — and we know that these qualities have often been weak within the publishing industry. Those that test, learn, and adapt will find the winning models. Then we’ll see the follow-the-leader behavior that is the long-time nature of publishing companies. The proliferation of new owners (Bezos, Buffett, Kushner, Henry, and more) will be more insistently asking new questions and expecting results from their new investments.

The New York Times’ foray into Paywalls 2.0, is one to watch here. Given its successful track record on Paywalls 1.0, and its paid-reader learnings — mountains of data on what people are most likely to pay for — we’d hope the Times will find a big hit or two. So far, Mark Thompson has noted new food and dining products, “need to know” news-subset subscriptions, and a tablet magazine. Many of those new products will be rolled out by April.

They’ll join numerous on-the-semi-fly ebooks now proliferating on the Times sites. If “to snowfall” is indeed becoming a Times newsroom verb, expect that multimedia storytelling will increasingly used to attempt to wring new value, in the form of “premium” subscriptions and/or more one-off pricing.

That premium territory is already being mined by the Financial Times, whose added-features premium digital sub generates substantial per-reader revenue without the high costs of print delivery. And as Time Inc. finds its new spun-off footing, it will clearly follow up on its just-announced People tiered digital subs, which add “exclusive content,” apps, and events participation at a hefty premium.

Ebooks themselves — now being published by dozens of newspapers — are beginning to yield a few hits. Most publishers are reluctant to share numbers, but some independents — like the Canadian serial-killer-hunt tale Finding Karla, which has reportedly generated more than $200,000 in revenue and 65,000 downloads — are showing positive results. Is this a wide, mid-tail business, or a search for a few, big hits?

Reviving former news audience niches is another focus, as the Chicago Tribune’s Printers Row updates — with good early success — the old book section. With membership, events, newsletter-like print, and more, it’s a paid product within a paid product. That model for newspapers that have already put in pay systems offers great promise into 2014.

Serving of B2B audiences alongside B2C is a model with legs. Politico Pro — by selling timelier and more granular analysis and news (“The newsonomics of influentials”) to those within industries — has greatly increased its overall (and now re-integrated) news staff. We’ll now see which of those twists it can bring to its new acquisition, Capital New York. GigaOM sees similar significant value with its “research” products. Both understand that selling more stuff on the foundation of the basic new product is the name of the game. That has big potential implications for both local and national outlets; see, for example, North Carolina TV station WRAL producing a paid, regional tech offering.

In Europe, both News Corp and Axel Springer have rebundled sports programming, largely football highlights, with news subscriptions, finding new ways to rebundle the old value of newspapers in digital form. Schibsted, the once-tiny Norwegian company that is now a top-10 news player, is moving heavily into paid e-commerce services of every kind, vastly reducing its reliance on news itself. And TV is also selling new kinds of single digital products: Check out an iBook attached to FX’s “The Bridge,” a great harbinger of bilingual interactive storytelling products to come.

“Advertising” as we know it has been splintering into many pieces. Selling more stuff to more merchants may be the name of the game overall. In everything from content marketing and native ads to events marketing and selling video, publishers are finally moving significantly beyond “selling space,” the old one-size-fits-all product. The area of digital services (“The newsonomics of selling Main Street”) is the most telling here. It is all about selling more stuff — website building, SEO, SEM, mobile, social, and more — to more and more merchants. I believe it will account for about 10 percent of all ad sales by 2016, and it’s got the greatest potential in competing with Google and Facebook for local ad money.

Then, there’s events — the “more stuff” strategy I wrote about last week. Events are more stuff for consumers and more stuff for merchants, gaining new revenues on both ends.

How do we wrap our heads around this more-stuff approach? Jeff Bezos’ arrival at our industry’s doorstep is probably the best way. Just this week, Amazon released its latest Kindle Fires, and it’s clear that the play is less about hardware than about a “media service,” as Bezos has described it. The strategy is congruent with the earlier Prime strategy — providing consumers “free” two-day delivery for $79 a year. It’s a build-a-relationship, sell-more-stuff strategy that Bezos has been building for 18 years now.

Combine that thinking — get a customer relationship, deeply satisfy that consumer, and then sell them more stuff — with the kinds of editorial and marketing initiatives underway and we have a roadmap. Amazon Prime buyers buy 40 percent more goods than average Amazon buyers. Apply that math in the publishing world, and the future takes on a whole new story.